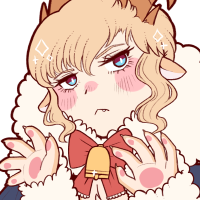 This is an AU version of Claude. You might want to check out his canon version from the main tab
Claude Lovelace "It's pitiful, isn't it? Even though I'm a chimera... I still prefer the appearance of a human."

A rare chimera, Claude works as a prefect of the school designated for monsters. When a new student, Jonathan, arrives, he's being put in the same room as Claude as a safety measure: Jonathan still hasn't awakened to his monster form, and it's currently unknown whether he'll end up being a human or a monster. Claude, as a trusted prefect, is assumed to be the perfect choice to keep Jonathan safe from the monsters that might want to harm him due to his scent of a human. Little do they realize Claude is also aware of the human scent of Jonathan, and with him starting to awaken to the carnivorous genes of his, it becomes increasingly difficult to resist the temptation of eating Jonathan...

However, luckily for Jonathan, he and Claude become close enough the chimera is able to keep his teeth off of Jonathan’s neck, and eventually become a little closer than just friends. Furthermore, Jonathan eventually awakens to his own nature as a pantheon and his human scent disappears.

This version of Claude isn't all that different from his canon counterpart, with his personality, behavior and role within the school almost identical to his canon self: he's still fickle to the boot and something of a serial kisser, but likewise charismatic and intelligent, although it's something many might forget due to his attention seeing tendencies - only to regret it later when Claude takes advantage of their lowered defenses. As a chimera, Claude is considered very particularly ideal by the monster standards, with his body having several monstrous features. However, Claude himself secretly enjoys his human form a lot more than he'd like to admit, and once he and Jonathan become closer he starts taking his more vulnerable form when it's just the two of them.

Claude is able to take both a human and a monster form, and in his human form he's identical to his canon self. Even in his monster form his head is still the same, with the exception of long fangs, slit pupils similar to a feline, sheep-like ears growing where the human ears normally reside, and two pairs of goat-like horns with one tall and one small pair. His body, aside from his face, is covered in orange and cream white, tabby-patterned fur, and he has feline-like hands with pink paw pads and sharp claws. He has hooved feet with dark cloves, and his hands and feet have soft, natural white wool covering them similarly to gloves and leg warmers. He also has leather wings growing out of his back and a dragon-like 'cubus tail with a heart shaped end.

Due to having fur covering most of his body, Claude is usually only seen wearing light purple pants he wears mostly out of personal comfort. He also has a red ribbon with a cowbell attached to it wrapped around his wooly neck. Occasionally he can also be seen wearing a short, black top similar to an unpadded sports bra. He's noted to be taller in his monster form, initially taller than Jonathan's human form.

Claude was born to a cambion father (succubus/cat demon mix) and a carnivorous sheep demon mother. As chimeras are considered rare due to their high mortality rate before they’re even born, he and his little sister, another chimera, received plenty of attention and adoration coming from other monsters. As such, it was easy for Claude to climb up high on the hierarchy despite not being considered physically strong for a monster.

Much of his story parallels his canon self, and likewise he goes to attend a school for monsters and as a prefect, with the exception of Chris simply moving away rather than disappearing. He becomes the roommate of Jonathan due to his prefect position and good control of himself, the school staff not really realizing Claude is slowly awakening to his desire for human flesh. As such, Claude initially tries to eat the still human Jonathan, who has the scent and appearance of a human, but fails every time in his attempts.

Eventually the two become friends and even start having feelings for one another, and Claude takes it upon himself to protect Jonathan while he’s still figuring out whether he’ll gain a monster-like appearance or stay a human.