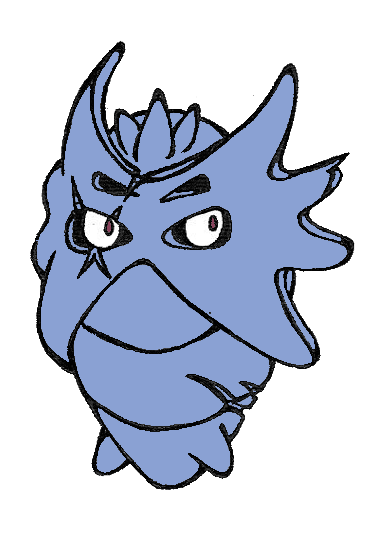 Lance is a pretty average Pupitar who has a few scars around his body. He got them when he was still a wild Pokémon. He's about 120 cm tall.

Lance spent his early days living with his brother in a secluded cave. Both of the brothers shared a dream of evolving into strong Tyranitar, which is why they left to gain experience by traveling with Saga. Lance's brother eventually got homesick though, so after a while only Lance remained in the trainer's party.