the lamppost gets promoted 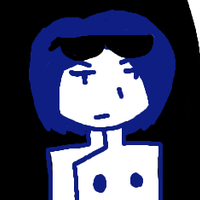 remember when umbra's alliance went to go work at a hadris hotel and nothing really happened with that bc bitlands died?? i do. rest in peace. (2013)

"Ciess, nooo! That lamppost has feelings!"

Ciess ignored Cenoir as she usually did and continued to kick the lamppost in question. She had every right to be angry! Just when she thought things were about to go back to normal - whatever normal was - the mansion completely vanished and they were all informed that a new Competition was beginning.

"Give it up, Ciess. Kicking everything you walk past isn't gonna do anything but make Cenoir cry." Umbra sighed, sort of wanting to kick everything in sight herself.

"Lady Umbra is right, Ciess. I don't think it's healthy for you or the environment..." Ara agreed, sounding concerned for more than one reason. Spontaneous homelessness, the sudden shattering of the peace they thought they had finally obtained, the realization that everything they had done over the past few years was meaningless, and the knowledge that everything was about to go to hell all over again... no one could really blame Ciess for wanting to kick more things than usual.

"Tch, whatever." Ciess grumbled. She wasn't really in the mood to yell at non-lampposts, and even she could tell everyone else felt the same way. The anger and anxiety that had fallen over the alliance hung quietly, overwhelming yet utterly silent. There was an ever-present feeling of doom that kept everyone's mouths shut.

"This isn't a time for anger anyway, hm? I think this could be a very exciting experience for us all... yes, very exciting indeed..."

Umbra, Ara, Ciess, Shan, and Cenoir all turned toward the redheaded girl behind them, not surprised to find her there. Ilnaine had been stalking them since the last Competition ended, and she had no reason to stop now.

"Why, we could all bond in a crowded tent in the public park! Or on a bench under the stars! Or even under an overpass! Or perhaps in a tree... ah, there are so many choices! I can hardly contain myself!" Ilnaine gushed as everyone ignored her and continued walking.

"Lady Umbra, has anyone in Halyn's Alliance called back yet?" Ara asked, worried. They had called each of them a number of times earlier in the day and had yet to receive a response. Given how talkative Halyn's Alliance tended to be, they had reason to be concerned.

"Doesn't look like it." Umbra replied as she checked her phone.

"Maybe they're all dead." Shan suggested with a mixture of sarcasm and longing.

"Doubt it. If they were, I'm sure they would've texted us back right away rambling about frozen yogurt or paperwork or something." Umbra replied.

Ara tugged at her sleeves. "I hope nothing bad happened to them..."

"Don't worry, Ara! I'm sure they're fine!" Cenoir assured her, ruffling her hair.

"Yeah, you're right!" Ara beamed. "They can handle anything!"

Ciess was tempted to point out that Halyn's Alliance rarely handled anything well, but decided she didn't have the heart to make an innocent little girl's day even worse. She was surprised that Shan didn't do it in her stead, but maybe she was still a little bitter.

Okay, she was still really bitter. But that wasn't her top concern right now. It was in third.

"Yes, yes... with the power of friendship anything is possible!" Ilnaine spoke up, having suddenly caught up with the group. Her tone was uncomfortably indicative of arousal.

"Except finding a place to live." Shan retorted, effectively smothering whatever optimism they had managed to scrounge up. Ciess rolled her eyes.

"Um, I apologize for intruding, but I couldn't help but overhear..."

The group turned their attention to an orange-haired boy who was hanging up fliers of some sort. He didn't look much older than Ara.

"If you're looking for a place to stay, I think I can help!"

They all looked at each other with varying degrees of suspicion (minus Ilnaine, who was practically drooling at this point). After a few seconds, Umbra shrugged.

The boy smiled, radiating with hope and sunshine. Ciess swore she could hear Shan hiss.

"Wonderful! Then allow me to introduce myself! My name is Orange, and I'm here to create a better reality for us all in the name of Overlord Hadris Torant."

Ciess folded her arms. Nothing about that seemed skeevy at all. Nope, perfectly legit. Umbra and Shan seemed to reflect her thoughts, Ara looked incredibly excited, Cenoir seemed pleasantly intrigued by the flyers on the wall, and Ilnaine continued to be Ilnaine.

"My Lord is interested in spreading prosperity across Entirety, and has recently discovered the Bitlands to be... well, it's not very safe, we'll put it that way. Among the first thing he noticed is that a majority of residents are homeless, forced to travel from place to place. So, he took it upon himself to found an experimental public residence. It is our hope that it will provide a place for Bitlanders to rest their heads at night, encouraging positivity and productivity!" Orange explained eloquently.

"We don't ask questions about anyone who would like to enter so long as they don't cause any trouble. So, please consider it!"

"We don't have any money." Shan spoke up before anyone even had the chance to consider accepting.

"Ah, that shouldn't be a problem! We'll take whatever you can offer as payment! We don't require too much from the public to operate." Orange assured them.

"Well, everything we owned up an vanished yesterday, so we don't really have anything to offer." Umbra informed him.

"Oh, is that so? I'm very sorry to hear that." Orange frowned, sounding genuinely sympathetic. "If that's the case, there is an alternative. We don't want to leave anyone out in the cold, after all!"

The group exchanged looks once more, painfully aware of where this was going.

"We can let you stay for free so long as you serve as an employee for a while. And if you choose to remain an employee after that, we can continue to pay you! I'm sure the extra money and job experience will be of help!"

"Fine," Umbra spoke up abruptly, as if trying to make the decision before she regretted it, "We're in."