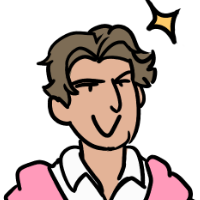 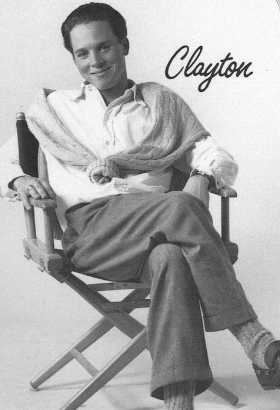 Clayton is the station director of TV sports network ROOTNET SPORTS. He doesn't pay much attention to the problems of his underlings, and the laissez-faire teen doesn't see anything wrong with the reign of terror that ASTROBOT has unleashed on the station-- if he's even noticed at all-- so all of Dag Dag's protests fall on deaf ears.

Someone get him a latte, would you?

Like Drew and Eddie, the character is a teen boy because for the game I play these characters in I use, Action League Now! style, miscellaneous in-joke characters and physical objects as the NPCs-- the teens are cards from 1988 board/card game Heart Throb, where they're among the dating candidates. Clayton's the one with the director's chair and a pretentious sweater around his shoulders.