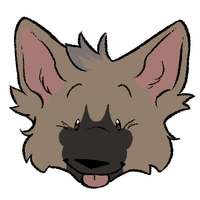 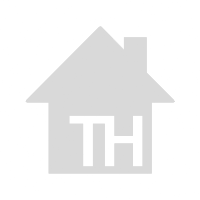 Kevin's in-universe origin story is quite literally how he was designed! Not long after Cammy met Caby, she asked for ideas for stuff to draw, and Cammy, having had several aardwolf characters prior, suggested them to her. Kevin came out pretty quickly, though he was a much more realistic character, in line with Caby's normal anthro style. His signature food at that point was actually tuna, not nachos.

Kevin was designed right in the middle of Somnolescent's work on Districts (see Sebastian (History)), so while he wasn't part of the project, it was only a matter of time before Caby started doodling him with Sebastian and Penny. Kevin was shrunken down to match them, though the proper Pennyverse style hadn't yet been developed, so he still looked a little different.

Really, Kevin never deviated much from the doofy big eater in a red jacket (a jacket Caby really does own, by the way) he started as. About the only thing Cammy had to work out was exactly how...simple to write him. He's not dumb, but...Kevin doesn't use big words.

When the (outdated, though still curious) height chart was drawn, Kevin was made the tallest out of anyone in the cast, even surpassing Giulio. Given aardwolves are actually fairly average to small in real life, consider it another way he's meant to stand out. About the only change he's gotten since has been to his legs, when the decision was made to give the entire cast digitigrade legs to accentuate the animal part of their designs.