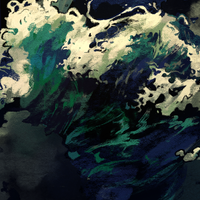 Posted 4 months, 20 hours ago by Harrie

Hii! Finally got chance to sit down and set up my itch.io storefront :) The sale has now ended! 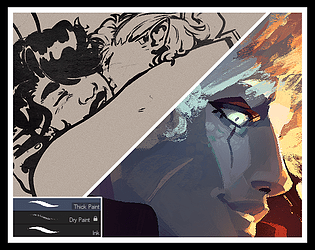 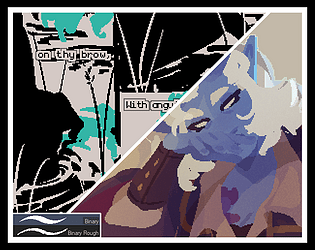 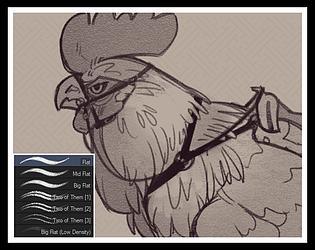 Moving off of Gumroad to Itch.io

Posted 4 months, 16 days ago by Harrie

I'm still in the process of moving and it'll be a while before I can get everything set up as I'm unfortunately busier than I'd like to be, but since it's already been a couple days since everything happened on Twitter I wanted to let my intentions be known!

For those unaware, the CEO of Gumroad made an absolute ass of himself on Twitter, lying repeatedly about having no plans for NFT/crypto on Gumroad while logs both posted by their former artist/designer and the CEO himself very clearly show otherwise, and especially notably as many people missed this part—breaking GDPR by publicly lying about someone having a Gumroad account for the sake of a Twitter gotcha. He can PR talk his way through the NFT stuff and claim "no plans" and be as wishy washy about it as he likes, but there's no talking around the act of flagrantly misusing people's data that legally can only be used with an individuals direct consent.

Needless to say, I am left with little confidence in both the platform from a moral standpoint, and also I do not feel confident in the security and stability of the platform with the CEO behaving like this!

So I have been looking into moving onto itch.io these past couple days, and I'll make another update when I've finally gotten set up regarding sales transfers if I can figure out a solution for it, and of course a link to my store.

In the meantime, I suggest purchasing from my ko-fi store over gumroad! But, both options are still available for the meantime.

Posted 4 months, 22 days ago by Harrie

I made Callisto four years ago!! Hopefully I'll get her comic ready for release before another 4 goes by.... LMAO

Edit: for some reason the images i wanted to embed arent working! U can view them on my blog here:

Posted 8 months, 24 days ago by Harrie

I'm now offering code related options as a separate waitlist—you can commission me to create the assets for one of my codes, customise one of them for you, and/or fill out the HTML/CSS on your behalf!

Posted 9 months, 19 days ago by Harrie

Must confess I don't fully know what you do and do not get notified for here on toyhouse so if you get a notification when someone makes a thread... Never mind me!

But assuming that you don't(?), I've revamped and moved my commission info from the previous bulletin into a thread here > https://toyhou.se/~forums/71.art-marketplace/238409.

Still not open again just yet but I'm making good progress through my queue and should be ready to reopen in around a month at the earliest!

I'll also be offering a new kind of commission, which if I purchase a good quality printer will include the option for a physical piece. More info in this twitter thread, + a poll to let me know if you'd be interested > https://twitter.com/CaptainHarrie/status/1433843122845458492

SOOORRY ABOUT ALL THE SPAM LMAO

SOB . this is what happens when you keep putting off putting all your characters up on here </3

But, I did update my character directory to include info about my stories n such if you want to know what all these characters are for!

Posted 1 year, 1 month ago by Harrie

Hi guys!! I thought I'd make a little area for people to leave suggestions for things they'd like to see. I must emphasise though that these are just suggestions and I can't guarantee I'll do them!

Anyway for me, more useful suggestions are less so much theme ideas so much as specific functionality you wish codes had (not to worry if you're not sure if it's possible!) and like what kind of information you want to share... If that makes sense?

Like for my interactive layout id describe it like "character profile with a short bio that focuses on their design & alternative looks and their relationships, with a design inspector where you can toggle layers" or smth... I dunno! Anyhoo if you have suggestions heres where to leave them 😊

Posted 1 year, 4 months ago by Harrie

This information has been relocated to the art marketplace forum.