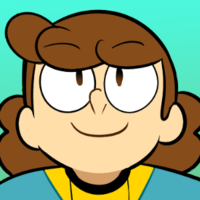 Cyrus, The Queen's Champion | Protagonist of Heroes of Thantopolis | he/him

Arriving mysteriously one night in Thantopolis, Cyrus became the Queen's Champion - a mortal fighting on behalf of Queen Helene, the ruler of Thantopolis and goddess of ghosts. Like any twelve-year-old boy, even one on a quest from a goddess, Cyrus is immature, hasty and still a bit naive to the world. Driven by his emotions, Cyrus is an incredibly caring, empathetic and generous person. His sensitivity allows him to connect with all different kinds of people - well, ghosts, in this case - and help them understand themselves better. Cyrus feels very deeply and seems to always know what to say to calm down a raging ghost or console a bereaved spirit. However, like any sensitive person, Cyrus can become consumed by his strong emotions, which make him more selfish and less understanding. Cyrus's heart is both his greatest attribute and his Achilles's heel.

In Thantopolis, Cyrus became the wielder of the Archaic Slumber's Mace, the ghost of a demon weapon. He also discovered a mysterious necklace underneath his t-shirt that, according to Queen Helene, has a spirit housed inside it who is lending Cyrus its ghost elemental energy. Cyrus can channel this energy through his mace, allows him to strike powerful elemental damage against ghosts and summon and de-summon his weapon to his hands.

When he's not fighting ghost bad guys, Cyrus enjoys video games, sports, and spending time with friends. He is always excited to see a new part of Thantopolis. Cyrus has especially good hearing, which his friends don't really seem to believe, and he is a person who is informed through his senses rather than from intuition. When he came to Thantopolis, Cyrus had lost all his specific memories of his life, but he can recall if he likes or dislikes something when it is brought up.

Spoilers up to Chapter 8:

Beginning in Chapter 5, Cyrus began to get some of his memories back, albeit sporadically. The first time, he remembered doing poorly in English class and getting bad grades on quizzes. The second time, he recalled moments with his mother. In Chapter 8, he remembered the opening scene of the comic, where he was sitting in his room at home, playing video games. In Chapter 11, he recalls on-command how he was sick during last year's Halloween. Chapter 12 reveals that Cyrus has remembered more things off-screen and has been keeping track of memories about his family members on a "family tree".

In Chapter 8, Cyrus discovered that he was a natural Medium, with a Medium's influence that directly counteracts Helene's influence. With this power, Cyrus can see ghosts, interact with ghost objects (up to a certain weight), bring out a ghost's thoughts, feelings and motivations, and he can open up a path to the Orinthope if the ghost is willing. However, he cannot open a path to the Orinthope against a ghost's wishes, although his enemies believe he can.

To Cyrus, his friends are his everything, and he would do pretty much anything for them. His relationship with Helene is less black and white: while she is certainly keeping something from him, she seems to be coming around to supporting Cyrus is a more surrogate motherly way, and Cyrus, missing his family, finds it easy to rely on Helene.

Fun facts! (mostly from past Q and A's)