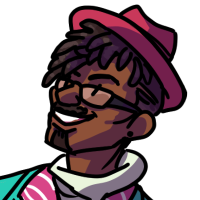 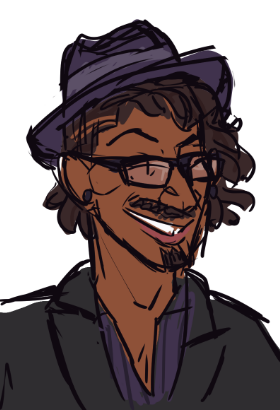 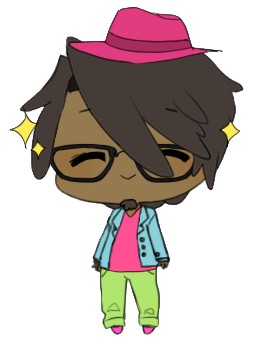 Most of the shows he creates are gimmicky, silly things, but faced with the opportunity to turn a well-known New York-area music festival for amateur bands into a reality competition show, he's very excited about the chance to get back to his musical roots, and he can't wait to see the kind of raw talent the show uncovers.

The ten-year-old festival is called Catband Fest (CBF) and is the original brainchild of local concert venue owner and promoter Carrots. Of course, the TV show now simply called Catband will have Dwayne's unique touch all over it...

If Bill Veeck lived late enough to get into the reality TV business, if Vince McMahon applied that XFL energy to musical ventures, or if Simon Fuller had the unapologetically carny soul of George C. Tilyou, one of those might begin to approach the chaotic force that is Dwayne Hudson.

As it stands, he's utterly one of a kind.

In the entertainment business, Dwayne is called words like "visionary" or "avant-garde" or "unconventional."

In his personal life, this is a guy you'd call a messy bitch, a hot mess, or just plain extra. But hey... at least everything about him is very on-brand.

Dwayne is chaotic, energetic, charismatic and fun-- he's good company, and he's full of interesting ideas that not a single other person would ever think of. They're not all good ideas, but his loyal assistant Ameya helps gently dissuade him from pursuing the worst of them.

He lives freely, loves regrettably, and laughs in the face of FCC restrictions...

It's difficult to describe Dwayne as "humble," but he's never forgotten where he came from, and he's always eager to help the little guy when he can.

One of his more ill-fated reality show ideas (that mercifully never made it past a pilot) involved trained squirrel gymnastics. He still has a scar to show for it.

Dwayne's a guy who absolutely delights in fashion-- the more cutting-edge and unconventional the better. (I'd daresay that if any other human thinks it looks good, that might almost be a negative for him; I find "worst men's fashion" to be a useful search term for his style reference.) He has an outfit for every occasion and he's very proud of all of them. He loves hats.

He keeps his moustache and goatee tidily groomed, and he wears his hair in short dreads, the sides of his head clipped close. Dwayne's ears are pierced, and he wears thick glasses.

(If you're drawing him, by no means feel restricted to the outfit in his ref: you have my strongest encouragement to draw him in the most ridiculous thing you can think of. If anyone in the cast were going to wear, and unironically adore, Japanese meme outfits or ill-fated runway looks, this is the guy.)

Dwayne likes his houseplants and pets like he likes his lovers: high-maintenance, and he finds each equally replaceable. He keeps bonsai trees, fitful tropical plants and expensive fish, all of which he can pay other people to care for. Not the lovers, though: Dwayne picks out their parting-gift fruit baskets himself.

He lives like a rich man who wasn't born rich, which is to say extravagantly and less than responsibly, but hey, he's enjoying himself. He has an equal love for fad diets and exercise regimens (it's Crossfit at the moment), and cheap, shitty late-night bodega snacks.

He loves buying fancy cars and obscure old music memorabilia, both of which it is his pride to display, and both of which he now keeps less accessible, after more than one angry lover used them to make their feelings known in physical fashion.

Dwayne lives for drama and he certainly has a bit of a nasty streak to him that he won't hesitate to use against his rivals, but he is also something of a tender heart, and freely invests in miscellaneous start-ups and ventures and gives to different charities and causes. He could perhaps stand to be more discerning, but his heart is in the right place.

Dwayne has a pilot's license, and he flies a small plane on some weekends.

Dwayne made a highly successful career in entertainment out of nothing, working his way up from coffee boy at a radio station to disc jockey, to A&R at a record label to talent manager, before finally in recent years winding up applying his innovative mind and reputation to work in television. He's created several very popular reality shows, and some are straightforward talent competitions, but the trademark he's known for is very wacky conceits. One of Dwayne's most successful competitions was A Plague on Both Your Houses, a reality show where contestants were divided into teams in two houses and subjected to a version of the ten Biblical plagues: whichever team survived all ten with the most players who hadn't quit would win! Another classic was Udder Da Zee, a variant of Name That Tune, in which one contestant would have to sing their tune underwater while their partner would have to guess the song!

Catband is a novel concept for him to adapt, an existing long-running music festival. Dwayne has great passion for music and discovering new talent, so he is taking the opportunity to adapt it into a TV show seriously and with great enthusiasm, but there's no doubt that people will be able to tell that it's a Dwayne Hudson production.

One of Dwayne's favorite activities is settling into his couch with a fine bottle of wine and recordings of reality shows from competing networks to liberally, and liquidly, trash talk. 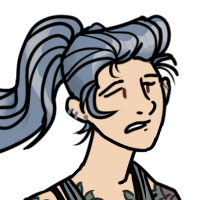 Ameya is Dwayne's assistant, and she saves his butt more than he'll ever know. She's the patient and sensible rock who keeps some sense in his ocean of chaos: despite herself, perhaps, she is very loyal to her boss and he can always depend on her to help him keep things on track. 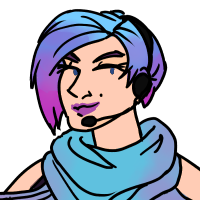 Ryleagh is the host of the contest; a famous music reviewer, she's the face of youthful cool, her finger on the pulse of the new music scene. Dwayne has taken a great shine to her, to Ameya's dismay, because he sees some of his younger self in her.

Carrots is the owner of Brooklyn concert venue The Great Mistake, and creator of the New York music festival that Dwayne is turning into a reality show. They don't have much of a relationship beyond the professional, but Dwayne likes Carrots and respects his hustle.