Dustlight Heart of the Storm

Do not use my characters in your RPs or TTRPG games. They are for my personal projects only.
You may draw my characters!

Lady of the Rose House

As a young and dumb 20 something year old, Rosalie formed an adventuring band with Charity, Cadyrelle, and Warlon, dubbed the Stone Roses. They went on a few grand adventures together and made something of a name for themselves, as well as a few enemies, you know how the story goes. Then her father ever so kindly left her his estate in his will after his most untimely demise, and Rosalie retired to a comfortable life with a great deal of blackmail on the local lords and their dealings with the undead.

She has since accidentally found herself as some kind of a guildmaster after compulsively adopting young adults with Backstories. 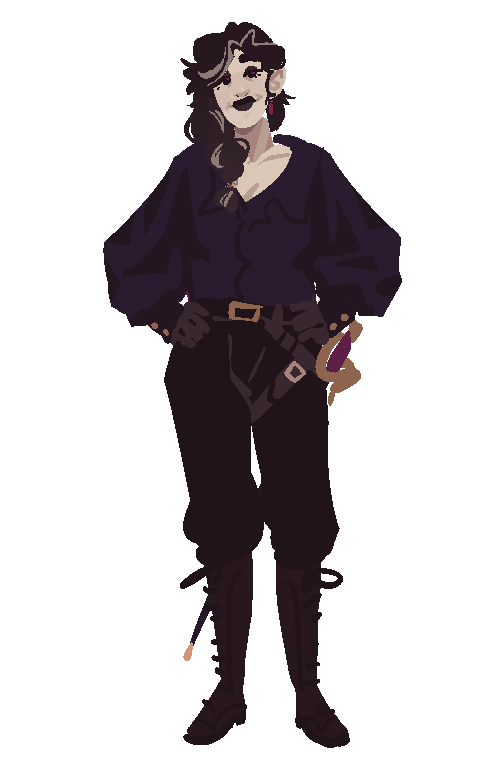 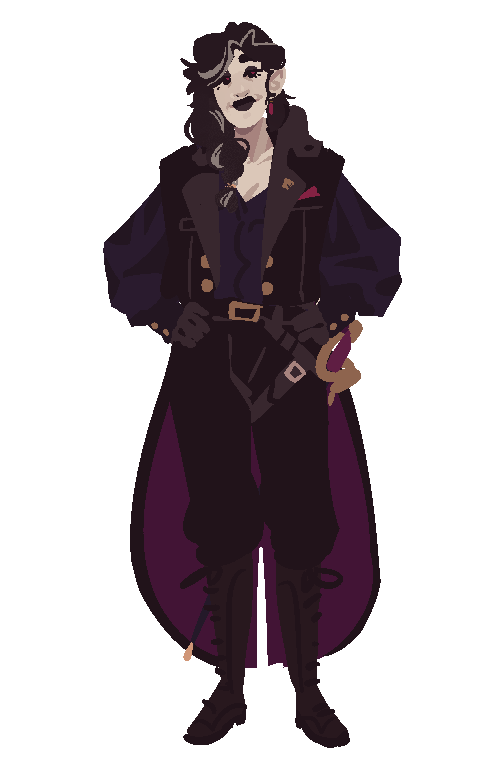 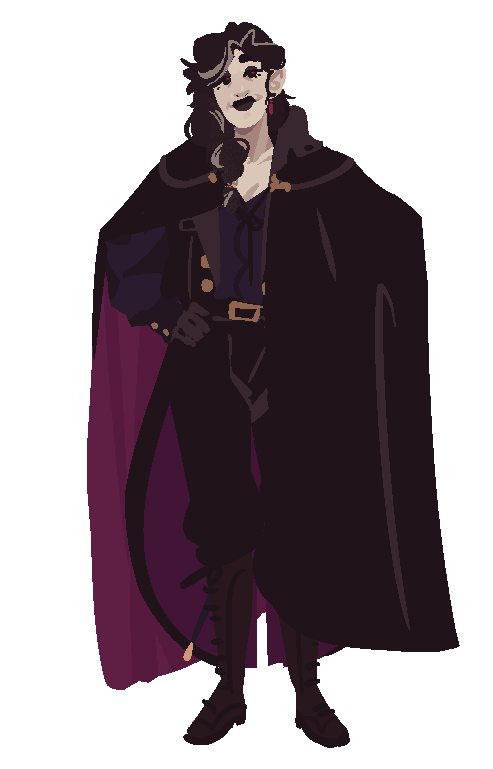 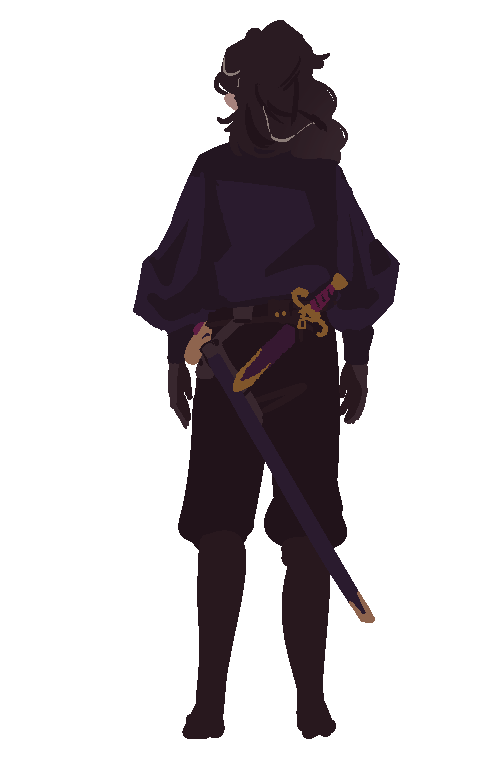 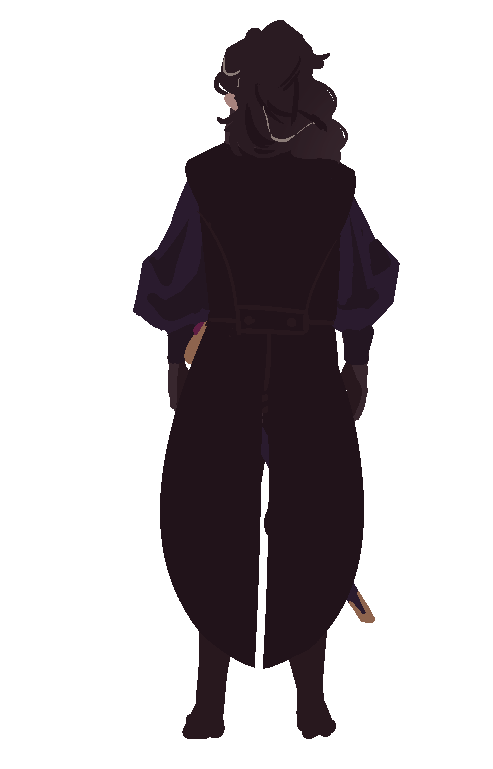 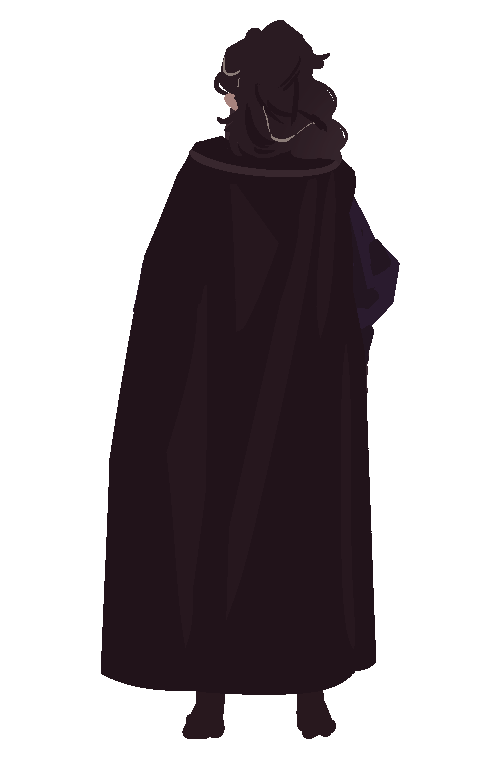 - The grey streak in her hair is not actually from age, she's had it since birth. That said, her hair is actually starting to grey.

- This is her travelling outfit. 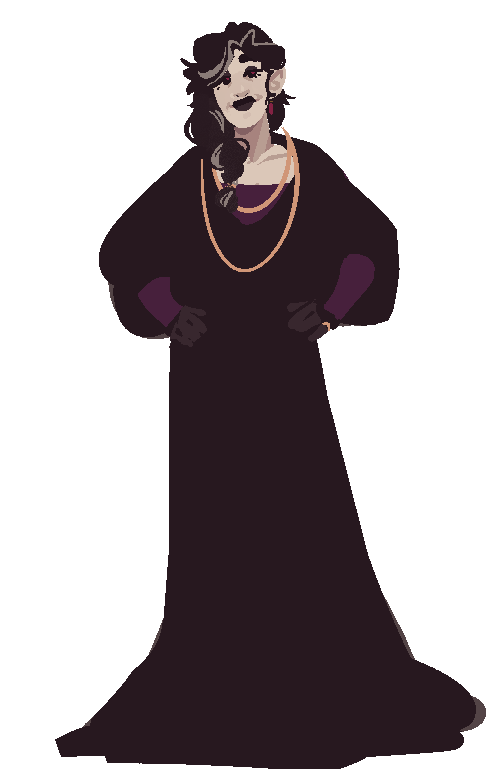 - The grey streak in her hair is not actually from age, she's had it since birth. That said, her hair is actually starting to grey.

- This is her casual dress. 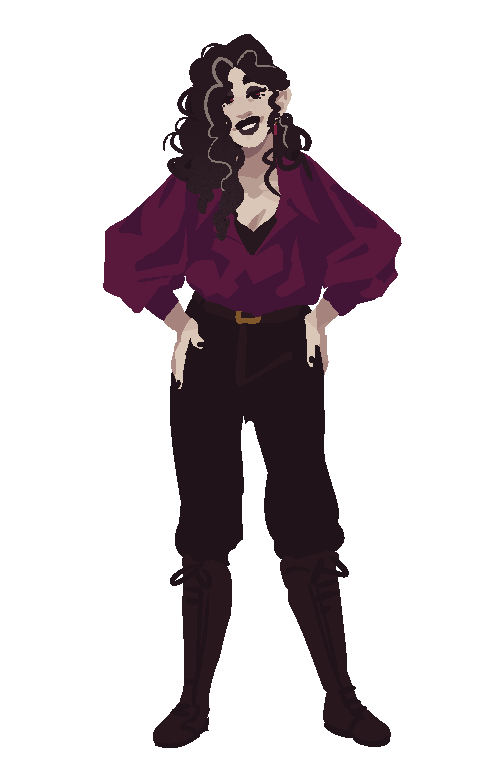 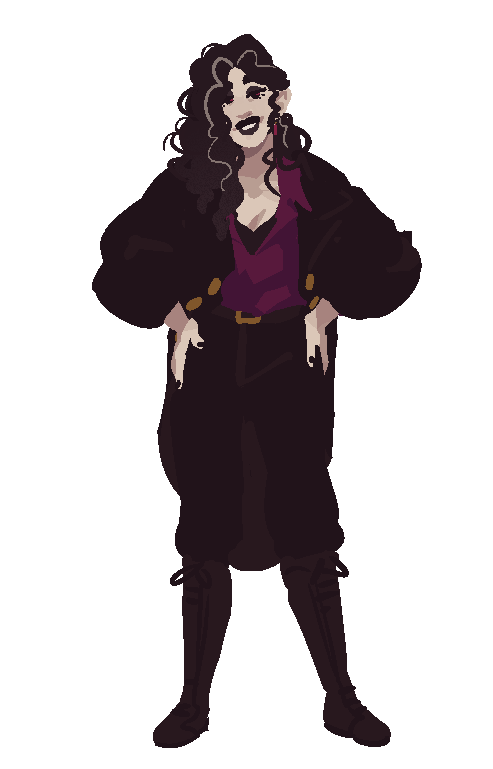 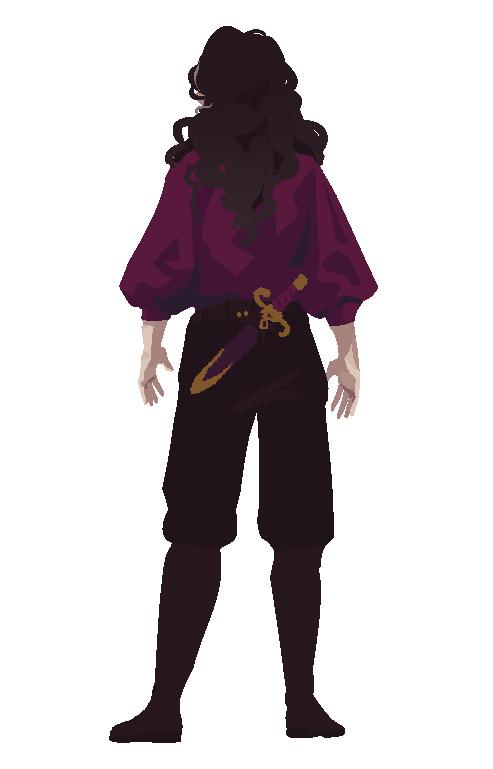 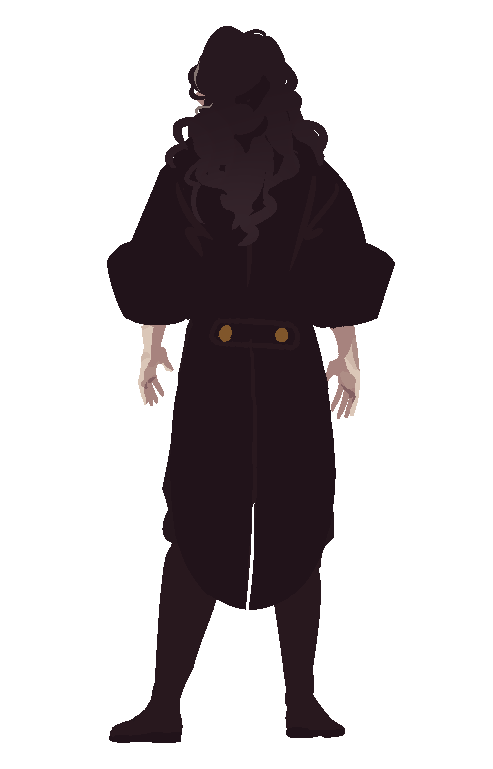 - The grey streak in her hair is not actually from age, she's had it since birth.

As young adults, they had a blossoming romance full of adventure, charged feelings, and excitement. Eventually, though, the life of an adventurer began to take its toll. With Warlon having returned to his guild to present his masterwork, then everything that happened with her father... it was time to make some decisions. But it was Charity who made a decision first, deciding to study to become a blacksmith.

And through it all, Charity went from apprentice to a journeyman with a little forge of her own in a quiet village called Losten, a few days north of Withewicke. In some future time, Charity might forge Rosalie a beautiful dagger inlaid with delicate golden roses. Perhaps she might propose with it, and perhaps this dagger might be the masterwork that lets Charity walk the tables from journeyman to master.

But that future time has not yet arrived. What has arrived, however, is Elwyn.

One fateful day, there was a knock on Rosalie's door — and thereupon her doorstep stood a three year old girl with an uncanny resemblance to her old adventuring partner Cadyrelle, the man himself nowhere to be seen. When asked where her parents were, the only answer she'd get was a giggle and a finger to the lips.

Elwyn LOVES Rosie and her huuge house. There's no-one who knows the Rose House's secrets better than her, and every week spent there is a week of excitement and exploration. For the most part, though, Elwyn lives with Charity in Losten. Five years has made Rosalie a much more qualified guardian than the woman who panicked about what to feed a small child day one, but she's still definitely not as adept as Charity. Thankfully she has a few people around to help.

Cadyrelle is about as fickle as a cat is — when he's interested, his focus is intense and sincere. He finds the lives of mortals infinitely entertaining, and latches onto whoever captures his fancy at that moment. But it's not to last, when people cease to be new and fascinating, he drifts away and finds something new to play with.

At first, he and Rosalie were great friends. They went on many adventures together, and put their lives on the line for each other. They and the rest of the Stone Roses spent a few years together on the road, helping those in need and searching for lost relics and the like.

But when his three year old daughter showed up on her doorstep without so much as a note, any positive relationship they may have had was irreversibly destroyed.

Something of an older brother for Rosalie, he has been looking out for her since the moment they met. He commiserates with her greatly over Elwyn, having been surprised with his own adoptive daughter 8 years before Rosalie (though through much less sordid affairs). His tales both as a father and a guildmaster provide both a comfort and a source of guidance as she finds herself falling into a similar role in life.

Once upon a time Rosalie and the Stone Roses saved her and her mother's life, though Callisto was only a year old at the time and doesn't personally remember it.

Regardless, Rosalie kept in contact with her mother, and she grew up assured that if she was ever in trouble, Rosalie is the woman to seek.

For Rosalie, Callisto is something of a young niece. She hopes with enough time and gentle encouragement, Callisto will blossom into the confident young woman she knows she can be.

It's a strange thing to see aspects of your younger self in another person. Certainly, Tempest is more abrasive than she ever was, and less open about helping others — but even so, there's the same flair for the dramatic and love for travel in the cambion. In many ways, it's very amusing.

Rosalie is nothing if not a perceptive woman, though. She hopes that Tempest can find a way to settle the unease at her heart.

Rosalie has ears in many places, so by the time Melissa showed up in Withewicke she'd already heard a great deal about the woman and was hardly surprised when she eventually showed up on her doorstep. What she hadn't been expecting was for her to be accompanied by the youngest of the Belle family.

But, Rosalie can understand the desire to do something else with your life, and her home is open to anyone looking for a place to stay.

If Rosalie were to choose one word to describe Autumn, she'd probably say blunt. If she were to give the woman a piece of advice, it would probably be to stop trying to make other people's business her own — but, well, it's not as if she's going to listen.

Ah, Melissa. A woman at home in Warlon's guild if ever she saw one. Melissa's fascination with ancient, mythological technology gives her a lust for adventure and lore gathering... and tinkering with things that have a propensity for exploding.

Melissa has found herself kicked out of many a town, but between Rosalie and Warlon, they might be able to temper her curiosity into something that manifests in a little less property damage.

Get the code here
View More