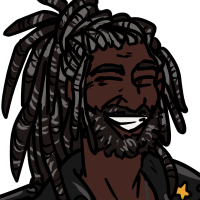 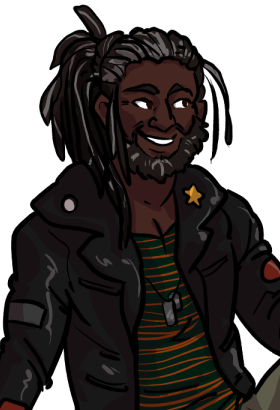 Tunes
Where Have All the Rude Boys Gone? - Ted Leo & the Pharmacists  I Against I - Bad Brains  Rise - Bad Brains 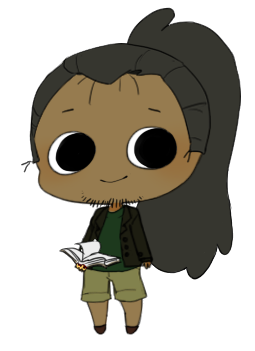 Kaji's the old tiger of the underground: a former Marine and an old guard Village punk who’s been around the block more than a few times and seen and done everything. He runs an artist's squat alongside Luke (CHIEF): if Luke’s the cool older brother, Kaji’s the Responsible Dad who hopes the younger guys make good choices, which they almost never do. He's protective of the squat and the other guys (especially Bane, whom he took under his wing when Bane first met the squatters), and he cares a great deal about civil liberties, the people, and the city.

He's a community theater actor, sometime teacher of drama and various other skills, and a good dude invested in the community. Rocks socks and sandals like the badass he is.

He never talks about his time in the Marines nor any other darkness in his past, but it's obvious to anyone who pays attention that he's been through some stuff. He's focused on being a rock for the people he cares about, and doesn't want anyone to worry about him.

He lives in the squat with Luke, Bane, Lance, and Heto. His best friend is Jenny.

Kaji has a friendly, open face, with a graying beard and long, graying dreadlocks usually tied in back of his head.

He typically wears a black leather jacket (the patches can be anything; I didn't specify in his ref), khaki shorts or jeans, and anything from old punk band t-shirts to shirts in dark solid colors or patterns.

If you're drawing him, the most important detail, besides his hair and facial features, is the dogtags he wears around his neck at all times.