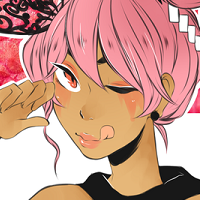 scale of 1-5, how easily could chelsea control you

HELLO FRIENDS long time, no deets! I started Chelsea's profile here back in late February but got the profile itch and finally got around to completing it today! I actually wanted to start a different character's profile today, but then I realized Chelsea was still unfinished and decided I might as well get her out of the way first. Check it out!! She's cool and my friend. She was designed by veronabeach95, who has super good art and neat designs!!

If you're particularly keen-eyed you might notice the stats page is a little different, and that's because I got rid of the charisma stat and charisma skills because I dunno where I was really going with those. Since I still don't have a stats info page thing done, though, I decided I'd use this bulletin to describe them a little bit!

Bear in mind these stats are based off of theoretically being in a kind of SRPG a la the Disgaea or Fire Emblem! Also note that the stats bars don't refer to solid values aside from MOV; a 75% full SPD bar doesn't mean their SPD is at 75, it just means that their SPD is higher than average in comparison to other units.

Element refers to the 16 elements I've come up with. You can check them out here in this type chart! Each character can have two elements to them like in Pokemon, and like Pokemon again this element combination determines their weaknesses and what special skills they get bonus damage for using. I'm thinking of having a sub-element system where if the unit does something or another or uses a special item they can add (or replace if they already have two) an element from a very small pool unique to them. Dicro, for example, who has sadly now fallen to page 2 of my characters, fits into a lot of categories thanks to his variety of abilities. So his pool would consist of Air, Metal, Mind, and Soul but he'd start off with just two of those as his basic elements.

Species refers to the 18 species categories I've come up with, listed here. I might add more, I might not, I dunno. Certain skills have a higher/lower effectiveness against certain species, like holy skills dealing extra damage to Demonic enemies or a hacker character having an attack that deals more damage to Technological enemies. Species might also be relevant in one's Passive Ability or Personal Weakness.

Positioning Skills are abilities like those in Fire Emblem Heroes and akin to the ability to lift and throw in Disgaea. These skills let units move other units - friend or foe - around the board. These aren't unique to every character, with each character instead having one positioning skill from a pool of 10 or so which I still need to decide on oops hence why I haven't made the official stats page yet...

Personal Weaknesses are sort of the opposite of Passive Abilities in that they're always a negative effect. Personal Weaknesses are unique to the character and based on their fears, likes, so on and so forth. This usually amounts to dealing less damage to or taking more damage from certain species or elements.

Friendship Bonuses are +5% bonuses other units receive from befriending the unit in question, a la the support system in Fire Emblem. I haven't decided if this is a flat, permanent boost to the unit's stats or if it only applies if the units are within a certain range of each other. Considering in this theoretical game you can support everyone with everyone, that might make the former OP, but on the other hand I like the idea of everyone having permanent, static stats and therefore creating bonds with others is the only way to get stronger and stand up to the stats of later foes. But I'm rambling!

Now for the stats themselves:

And finally, the status effects! Higher resistances mean the character is more resistant to that specific element:

And that's that! I might alter the link in people's bios to lead to here for now, but as you can see I still have a few things to figure out before I go out and make a big official post describing everything. I also have to go back and edit Anthuria and Flann's profiles to reflect the removal of CHR but I should probably do that after I figure the other things out... 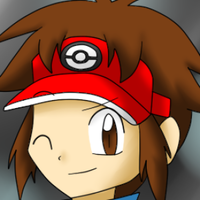 I love all of this, it's super cool!

thank you, i love making stats stuff so it always makes me feel warm and fuzzy when someone thinks it's neat!! ALSO AS ALWAYS YOUR HOVERTEXT IS A TREAT... I don't trust that scarf of hers :knife:

hypnotic music in general is like a superfav trope of mine and you did EXCELLENT with chelsea, i love her personality & that last trivia bullet made me laugh p hard... unfortunately for her i am too gay for her femme charms BUT i will still admire her from afar

ha ha the joy of responding 2 months late is that now there is clicky. owned.

also her scarf is totally trustworthy, it just wants to devour your soul! what's a little soul-devouring between strangers?? not like anyone needs their soul for anything, right??

and agreed, ya just can't go wrong with a little hypnotism, especially alongside your favorite top music hits of the moment! thank you for being a loyal chelsea fan, but not too loyal. it's the safest option you've got with her, really