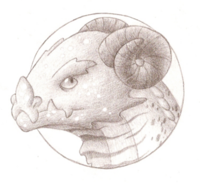 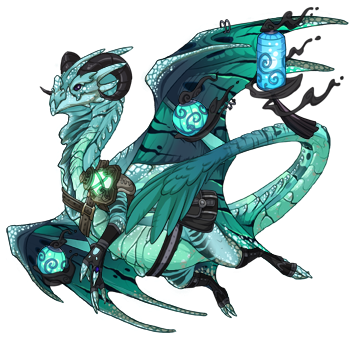 Chrii was a wandering ball of wrecked nerves until one day he met Innas, a mellow and calm Coatl. Nocturne's natural tendency made him try to mimic the other dragon's lazy way of being, and lo and behold, soon he really felt like the claws of anxiety were slowly losing their grip. In time the two became mates, and decided to find themselves a new home. As Innas already had some friends in Seafoam clan, the two males moved in without much hassle.
In their new home Chrii started his career as a lookout, since even though Innas' presence had made him calmer than before, he was still easily alerted and sensitive to his surroundings. Especially during nights he is the one to keep watch and make sure no one unwanted is sneaking into the territory.