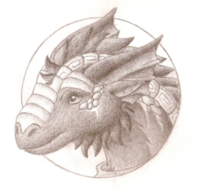 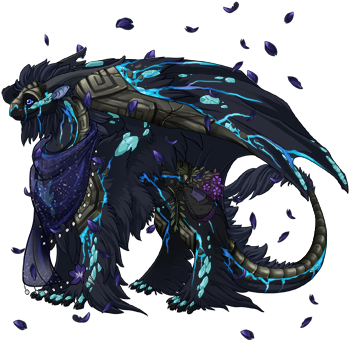 For the longest time Lienn refused to talk about her past at all, but after years of belonging to the Seafoam clan she was finally ready to share her story. She was born to a mother who didn't want her and after that she used to have a mate who turned out to be a manipulative and violent person. She suffered under his rule for several years until the mate was in a fight that left him in a really bad shape. He tried to force Lienn to treat his wounds, but she finally gathered her courage and ran away, knowing that the mate couldn't currently come after her. She sook refuge from a clan far away - a clan that turned out to be the Seafoam clan.
In Seafoam Lienn was finally able to start healing from her mental scars. She made friends, found a new mate that was kind and adored her, and she herself was able to help the small clan to survive by becoming their forager. She is still anxious and riddled with a whole list of things that scare her, but finding a place where she belonges takes her every day one step further from her miserable past.