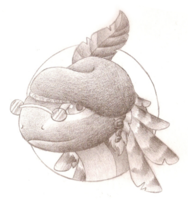 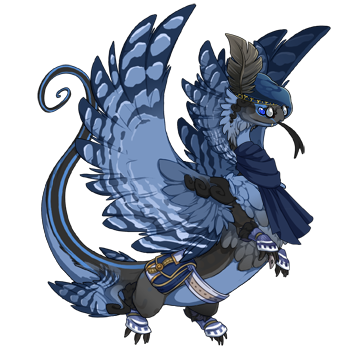 Ever since being a hatchling Galarith has been a neat combination of both of his parents: he is as kind and gentle as Tuiske and he values justice as much as Lachancet. But unlike his father Galarith has never been a fighter and is actually pretty afraid of conflicts. That's what made him eventually choose a rather peaceful profession as the Seafoam clan's merchant. He often travels around Tsunami flats in order to trade products from his clan to varying things his clan mates have asked him to get for them. During these trips Galarith is occasionally accompanied by Jade, who he has a severe crush on.