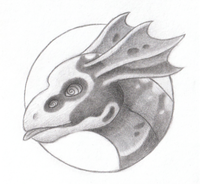 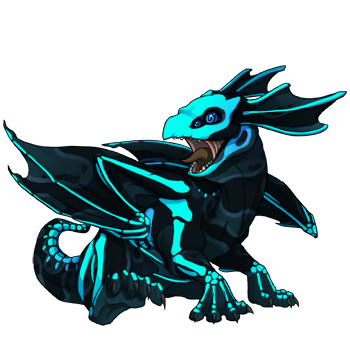 Reaper is one of the youngest children of a rather unorthodox pair, Rumble and Arrede. Despite the young age of the parents they had already raised quite a few hatchlings in the past, but as neither of them felt too much passion towards parenting, their offspring mainly left to live on their own as soon as they learned to take care of themselves. However Reaper was an exception. The hatchling was born with rather wild coloration as well as extremely peculiar eyes, which is why Rumble quickly grew attached to him. He took the kid under his wing, gave him his menacing name and, as he soon declared, started to raise Reaper to become his number one minion. No one really had any idea what that actually meant, but as the Seafoam clan had already grown rather accustomed to Rumble's weird antics, no one paid too much attention to all this. And Reaper himself seemed to really enjoy his time as a spoiled brat who adventured his days away with his reckless father!