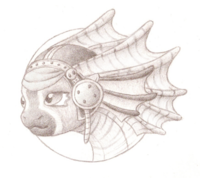 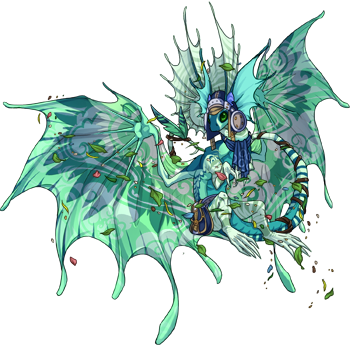 Jade grew in a loving family and clan, and when she had come to an age she was about to receive the greatest honor there is: she was going to be exalted, to leave to serve her God Gladekeeper. There was just one problem: Jade was mortally afraid of the whole ordeal. When the fated day drew closer she lost her nerves and ran away.
Despite the shameful deed Seafoam Clan took Jade in when she asked for a place to stay. Not everyone liked the decision, but thankfully the Fae decided to become a messenger, so most of the time she is coming and going instead of staying all the time within the clan's territory. Also when delivering her messages she occasionally tags along with Galarith, the clan's merchant, but she is totally oblivious to the fact that he has a major crush on her.