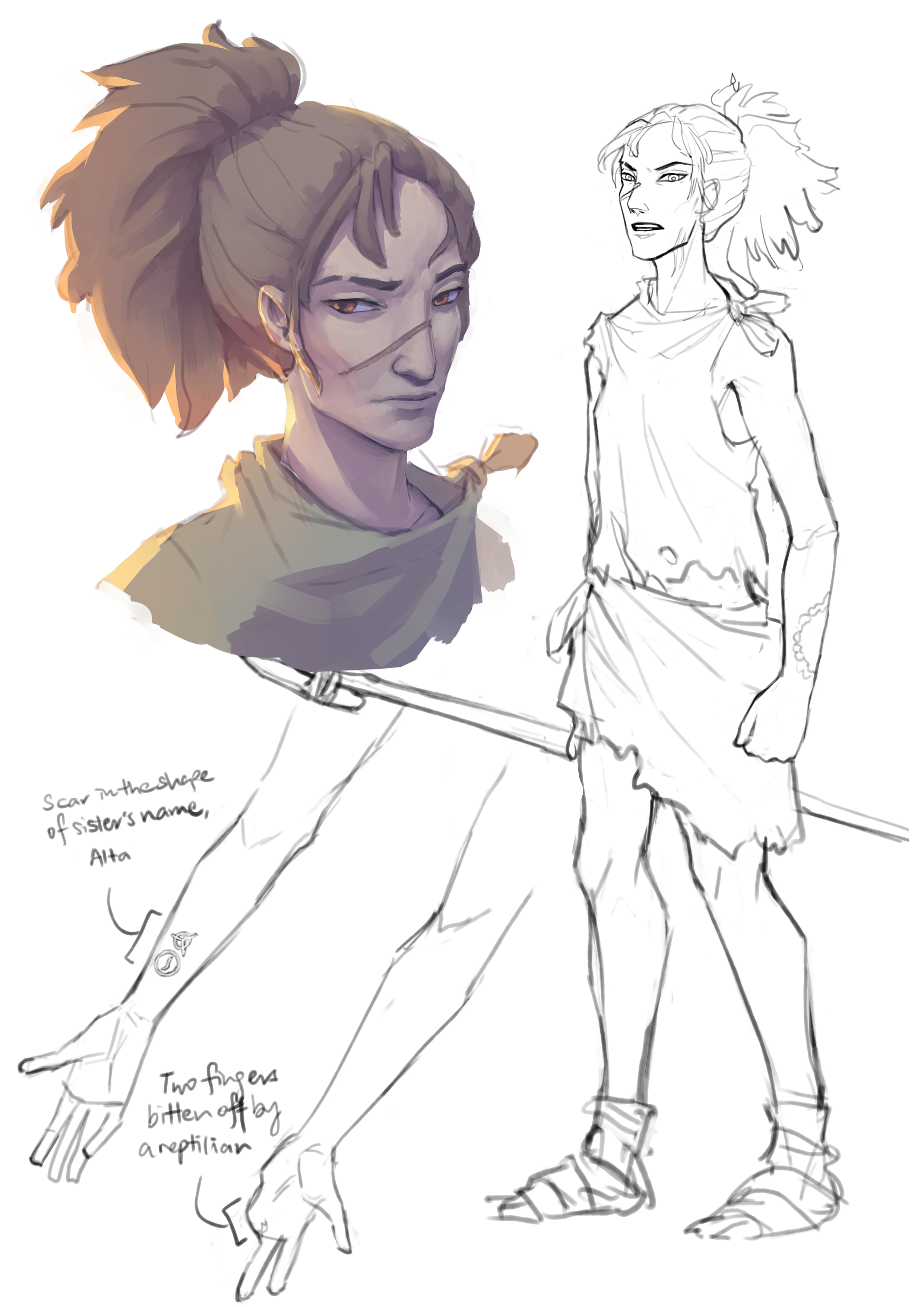 Living out here in the wilderness, it is Honourless' daily business to face perils that would kill others head on, and wrestle them into submission. Like skin calloused from repeated injury, she has only grown all the tougher for it.

Her faith in the innate goodness of people was shattered long ago. She was betrayed by a friend, stripped of her birth name and exiled by the mad Baroness Blackrain, then spent her years in the Third World begging for scraps from the guard and scout parties that passed. She knows, or believes, that no one can be trusted nor houses any real compassion, that they are ruled by the wills of those who lord over them. She trusts none but herself.

As a child she was an adventurer and a rule-breaker, using her ghosting skills to visit the wonders of the world and, in what proved to be her downfall, to enter places she wasn't allowed to go.

Exile did not quell that adventurousness: rather, years in the wilds of the Third World, hunting and wrestling beasts for her continual existence, have sharpened her endeavouring nature to a keen sense of purpose and survivalism.

Perhaps the singular contrast to her misanthropy, Honourless loves and dearly misses her sister Alta.

Honourless bore a different name in her childhood. At eleven, she learned she was able to ghost between the three worlds, losing a single memory each time she did. She soon developed a series of exploits—for example, scarring her sister's name into her arm as a reminder, and then spending the memory of her sister's name as the price of travel, over and over again—to visit places she couldn't, and shouldn't, go.

Her contempt for limits and boundaries soon caught up to her when she ghosted into Baroness Blackrain's safehouse, and attempted to steal her coronet. She was caught. The Baroness of Spades, prone to irrationality and impulse like her fellow matriarchs, had Honourless' birth name confiscated and replaced with the epithet Honourless, then exiled her to the treacherous Third World.

Initially, she escaped detainment with her powers, but was thwarted by her neighbour and friend Moss who, fearing Blackrain's wrath, turned her in. Honourless' escape attempt ensured that she would not be afforded freedom even in exile: she was chained to a cliff, preventing her from leaving the Third World with her powers.

Where others would have submitted themselves to death, Honourless was determined not to give Baroness Blackrain the satisfaction of her death and effacement from existence. She has spent her time since hunting and trapping for survival, surviving several near-fatal encounters with the wildlife of this world.